Amber LED street light seems to take the crown as the new lighting technology is highly revered for bringing back the moody urban glow. Before moving forward, let’s have a brief look into the origination of LEDs.

Lighting has long been added to the outdoor environment. Early street lighting systems were largely driven by brightness for smooth traffic flow, convenience, and safety. For years, the yellowish high-pressure sodium lights illuminated the streets before it was realized that they were increasingly becoming the source of environmental pollution besides increasing the electricity cost.

The white LED streetlight is surely an example of manufacturing excellence. It spreads and distributes light more efficiently because it is highly directional and focuses mostly in one direction. As it emits rich blue light, it appears much brighter at night. Besides, this light emits less CO2 and is widely perceived as environmentally friendly. Since it withstands the test of extreme weather, it requires less maintenance and has a significantly longer life than sodium bulbs. Since this lighting fixture is energy-efficient, sustainable, and a reliable source of safety and security with better visibility, it steadily became the ultimate choice of municipalities that were extremely happy with its energy and operational efficiencies.

In the past decade or two, the authorities noticed the harms of white LED street light for wildlife, human health, and the night sky.

Humans are not engineered for change. They are comfortable when technological transformation brings them peace of mind. Recent research states that the rich blue light emitting from white LED street lights can damage the environment, human health, and biodiversity.

The intense luminous white LED street lights give rise to glare and scatter more in the eyes than red and yellow light. It can damage the retina in extreme cases. Over time, the exposure to light trespass stunts human circadian rhythms resulting in disruption of sleep. Sleep issues lead to host other health problems such as depression, impaired daytime functioning, obesity, and increased anxiety.

Furthermore, depriving plant and animal species of the dark will harm our ecosystem. The report suggests the use of low-intensity street lights to reduce unnecessary glare.

The transition from warm sodium street lights to white LEDs failed the hypothesis of a better lighting system. The color rendition of white LED light is far better, but the increased intensity is like staring into the sun. Its blue-rich spectrum has proved to be a disaster for the night skies. The critics of white LED street lights may sound like Luddites, but they have a point. They believe that white LED streetlights obscure the stars at Night by causing light pollution. Even the stargazers complain about the visibility of fewer stars even on the clearest Night.

The researchers have concluded that the growth in light pollution corresponds to white LED street lights’ global use. These inexpensive lights emit wavelengths of blue light over the populated areas and invariably increase the sky glow. Such consistency in skyglow invariably washes out the starlight in the night sky, interfering with astronomical research. In less light-polluted areas, however, the view of the cosmos only gets better.

The glare of a white LED streetlight sometimes blinds you temporarily and leads to unsafe driving conditions.

Why Should We Preserve the Night Sky?

The night is part of life’s DNA. Its appreciation is embedded in our very being. Furthermore, the dark is worth preserving for a balanced ecosystem. In 1984, the ex-American President Ronald Reagan said:

“If we’ve learned any lessons during the past few decades, perhaps the most important is that preservation of our environment is not a partisan challenge; it’s common sense. Our physical health, our social happiness, and our economic well-being will be sustained only by all of us working in partnership as thoughtful, effective stewards of our natural resources.” – This pretty much includes preserving the night sky.

Well-lit areas provide the residents with peace of mind, but if technology has to transform, it has to maintain the right ecosystem. Luckily, the LED technology is extremely flexible. Its range of colors and the comfort of using adaptive techniques have let the engineers develop the narrow-band amber lights that give off light in a similar color to the low-pressure sodium lights.

Amber LED street light is affordable and energy-efficient technology used to illuminate streets. It emits low glare that supports visibility and safety for pedestrians and drivers, etc. The Light may not be as bright as white LED street light is, but it certainly improves another factor: humans’ quality of life and other living creatures.

It has a tiny fraction of night skies’ impact because it throws out yellow light in just a little bandwidth.

There is a hope to mitigate the impacts of light pollution and save the night skies using low-intensity amber light.

Safety on the Roads

Contrary to the veiling luminance and disability glare of white LED lights, the amber-colored light has a higher color rendition index, which reduces dangerous disability glare for drivers and pedestrians.

Sunshine is good for health, but we need exposure to darkness too for controlled circadian rhythms. Amber LED street light is a solution to light pollution.

Nighttime is a blessing for a balanced ecosystem. Amber street light has the potential to protect our valuable wildlife.

The night is a time to rest. Amber street light emits colors that are not harsh and, therefore, do not trespass our sleep. 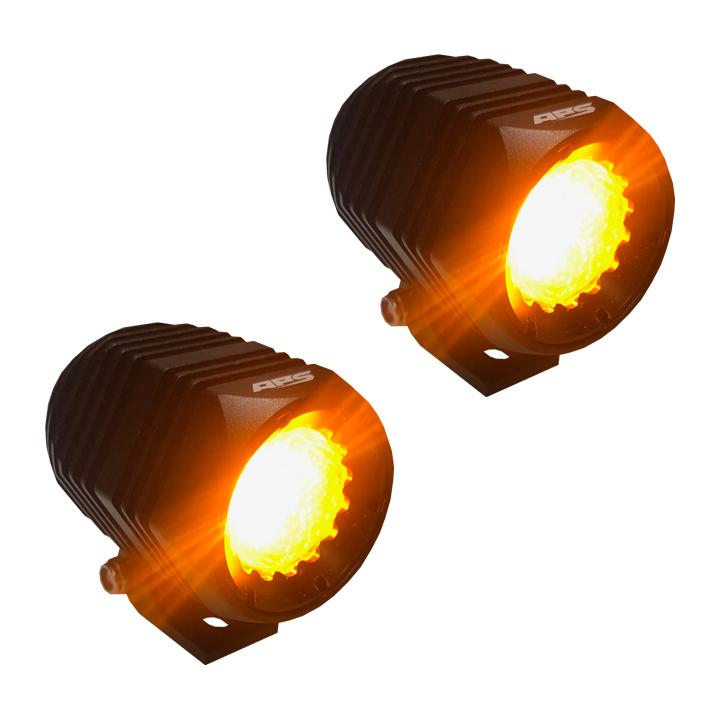 As it minimizes the light spectrum, the amber LED street light is a potential solution to our ecology and ourselves’ safety. It is amber in color instead of blue, green, or white. The light is dimmed and no brighter than necessary. It is indeed a better choice than white LED street light, and it can easily get into the city’s street lighting infrastructure.