We can link solar LED lights’ popularity with the fact that they cost less, in the long run, have a longer lifetime. And do not leave behind a carbon footprint. And these are only the most prominent of its benefits.

In this article, we are listing 7 of the most prominent areas that have switched to solar powered LED street lights owing to their numerous benefits. 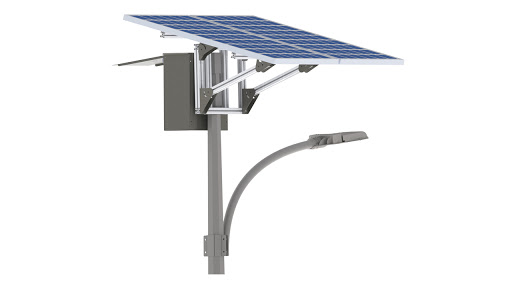 Solar powered LED street lights carry a sunlight-to-electricity conversion system (of course that’s an oversimplification of the actual system). This conversion system leverages direct sunlight and generates energy from it which powers the lighting fixture.

How Do Solar Panels Work?

This article focuses on applications of solar-powered streetlights, but for the sake of better understanding, we will give a brief explanation of how they work.

Solar powered street lights employ a solar panel that sits on top of the pole. Solar panels feature small photovoltaic cells which are the main components that convert solar energy into electrical energy. They do so by using photons from the sunlight to set the atoms in motion within the cells, thereby generating an electric current which powers the lights.

Solar energy itself is a sustainable source of electricity as it is not depleting, unlike fossil fuels. We have it in abundance and will always have it because the sun will never stop shining. And in case a day comes where the sun goes down and never comes up again. Well, then we’ll have other, more important things to worry about than powering street lights.

Solar panels are gradually replacing all conventional energy sources and are increasingly contributing towards a greener planet and becoming a reliable source of power supply. However, street lights are one of the fixtures that have reaped most benefits out of the solar energy system and have led to betterment on a national level.

Following are some of the most common applications of solar-powered LED street lights:

The reason they have become the go-to in street lighting solutions is the fact that they do not create noise, obstruction, or any other type of discomfort to the public. Unlike conventional lights, the installation of which requires a permit digs up the street and creates noise due to drilling the asphalt and concrete.

Solar lights can be set up easily within two hours. And contrary to their small setup time, they have a large lifetime and can keep your area illuminated for decades!

Airports are one of the few places that put the most load on the national grid station because they require an immense amount of electricity to power massive lighting fixtures that guide pilots on the landing strip, taxiway, and parking areas.

However, smart airports have now embarked on their journey towards sustainability by employing solar powered LED street lights. Because these lights generate their own electricity, they minimize the load on the national grid considerably.

General aviation airports are one of the top consumers of solar-powered lights. There is little guidance available in these smaller airports and mobile solar towers serve to guide the pilots on the taxiway.

Apart from general-purpose airports, many commercial airports have started replacing traditional lights with solar-powered lights. These airports include:

Parks and playgrounds are becoming active consumers of solar LED lights because of numerous reasons.

Firstly, solar powered LED street lights do not need a connection with an underground grid. Hence, unlike conventional light, they don’t call for digging deep into the ground before installation. Moreover, no digging also leads to an obstruction-free installation process.

Secondly, because these lights don’t rely on national grid lines, hence they can be installed anywhere. And the installation process, being simple and straightforward, can be completed within two hours.

These lights play a vital role in creating a safe recreational environment in parks.

As far as playgrounds are concerned, many big sports grounds like Ashton Gate Stadium and Ajax Amsterdam Arena, have switched to solar-panelled roofs. These solar panels power the lights in the stadium and thus reduce their reliance on the national grid.

Solar powered LED street lights contribute immensely to keeping public and private parking lots illuminated. And by doing so, they also play a vital role in keeping people and their vehicles safe from the dangers that loom in the dark.

More importantly, solar-powered lights show commendable compatibility with external devices like controllers, sensors, and cameras. The controllers allow human controllers to switch the lights on and off remotely. While sensors and cameras collect important information like traffic density and source the IoT.

Solar-powered lights charge up during the day to keep you safe during the night. Like solar powered LED street lights monitor data while illuminating parking lots, they can also aid in the security and surveillance of personal property.

Like we mentioned above, solar powered LED street lights are super compatible with sensors and cameras. Thus, they can be installed with motion sensors and night-vision cameras. In this way, these lights will illuminate the area they are installed in as soon as they sense any movement.

In rural areas, sensor-equipped solar street lights work to protect open fields from thieves and burglars. While in cities, they protect buildings from vandalism and homes from theft.

Since solar powered LED street lights are so easy to set up, they double as portable lights and are specially used in areas such as construction.

Construction areas are mostly located away from the national grid lines and hence rely on noisy and pollution-creating generators to illuminate the areas during the night. Not only does this method of illumination contributes to environmental pollution, but it is super expensive as well.

Hence, solar powered LED street lights are employed in such applications because of their portability. They can be installed easily and taken away once the construction is complete. Moreover, since they rely on their solar panels for power, hence they offer a cut-back on the project’s overall cost. 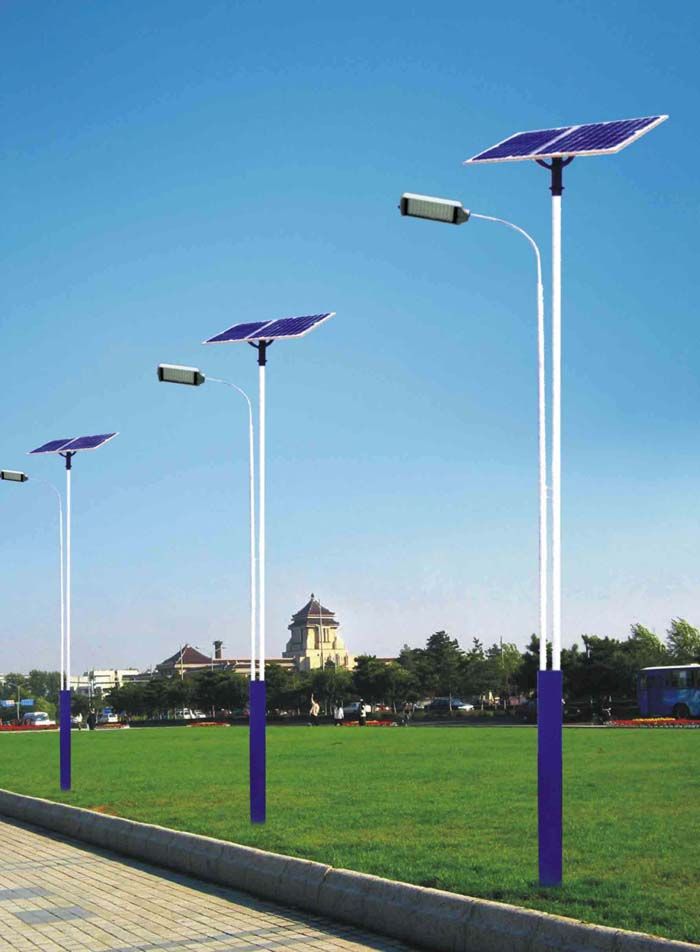 To Sum it Up

Some of these applications employ solar LED lights because of their ease of installation. While others use it because of its low operation cost, low carbon footprint, and portability.

Mark our words, solar powered LED lights will be all the rage in the next few years when more and more people will realize its benefits and will throw their money and ask for their traditional lighting fixtures to be retro-fitted with solar panels. Or will invest in new solar-powered lights.